Our summer seafood stew is a beautiful light stew, with a mix of fish and shellfish in a tasty tomato and stock base.

Most countries have their own version of fish stews or casseroles whether you’re in Spain, Italy, France, Mexico or India and they’re all full of delicious seafood and their own local flavours. The trick is to get the best possible flavour in to the base of the stew, often known as the broth. Then all you do is simply poach the fish in the stew at the very end of cooking to cook it lightly, then finish with some fresh herbs. The depth of flavour comes from the stock and tomatoes and the balance of subtle spicing in the base of the dish.

When it comes to your choice of seafood in your stew you can put in most things, the key thing is the same as always when you are cooking any kind of seafood, get the freshest you can, and the best way to do this is from a reputable fishmonger or fish counter in a supermarket. Don’t be afraid to ask questions, or ask for advice, most will be delighted to talk about what is often their favourite subject!

In our top tip we’ll show you how to make a classic garnish for a fish soup or stew, with a bit of a twist, it’s based on a rouille!

Peel the prawns, leaving the tail intact then de vein. Fry the shells in 1 tbsp. oil for 5 mins, until dark pink then add the wine, boil down by two thirds, pour in the stock then strain to get rid of the shells.

Heat the rest of the oil in a large ovenproof pan. Add the fennel, peppers, onion and garlic, season, then cover and gently cook for 10 mins until softened. Cut the potato in to chunks and boil in salted water until almost tender. Drain in a colander.

Peel some orange and lemon zest. Put the zest, smoked paprika, bay, thyme and harissa into the pan. Fry gently, uncovered, for 5-10 mins, until the vegetables are soft.

Stir in the tomato purée and sundried tomato purée cook for 2 mins, then add the tomatoes, wine and stock. Simmer for 10 mins until the sauce thickens slightly and season to taste.

Stir the potato, chunks of fish and prawns very slowly into the stew. Bring back to the boil, then cover and gently simmer for 3 mins. Scatter the mussels or clams over the stew, then cover and cook for 2 mins more or until the shells have opened wide. Discard any that remain closed. Sprinkle in the spring onions, parsley and thyme. Spoon in to bowls and top with the rouille (see top tip)

To finish off your soup slice 4 chunky slices from a baguette and drizzle with olive oil, then bake in the oven until golden and crisp. Mix together some good mayo with some hot chili sauce, such as schirachi, a squeeze of lemon and orange juices and some tomato purée. Spoon the rouille on top of each slice of baguette then place one on to each bowl of soup and serve. Voila! 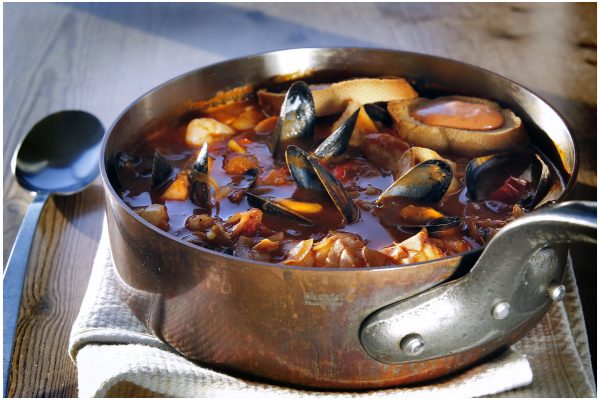 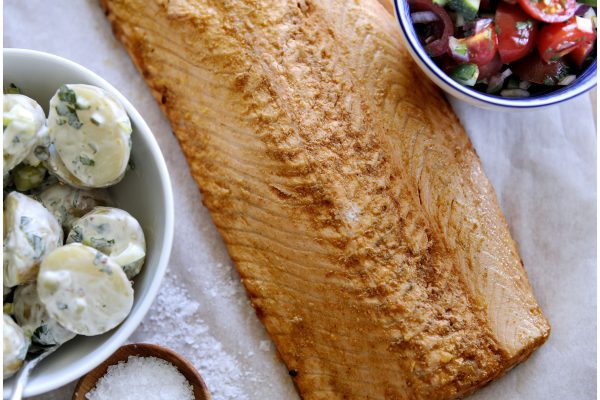 Sundays are almost certainly everyone's favourite day for a roast, it's tradition really isn't it? Next time you're thinking of cooking a Sunday roast, whether it be today or next week, why not think a little outside the box and try this fantastic alternative to a traditional Sunday roast? 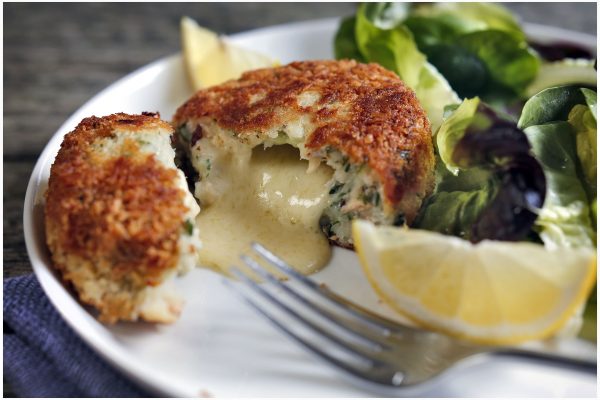 Something that has made an appearance in all the major supermarkets over the last year or 2 is fishcakes, but not your run of the mill fishcakes, fishcakes with a soft, melting centre. Our guess is that the first person to come up with them and take them to the supermarkets, got the idea from a chocolate fondant. This fishcake is almost like a savory version of a chocolate fondant, where the fondant has warm chocolate sauce in the centre surrounded by chocolate sponge, our fishcake has gooey, melting cheese middle surrounded by a delicious mix of fish and potato.

Our summer seafood stew is a beautiful light stew, with a mix of fish and shellfish in a tasty tomato and stock base.